Amnesia Wiki
Register
Don't have an account?
Sign In
Advertisement
in: Citations needed, Pages with speculation, Amnesia: A Machine for Pigs,
and 2 more
English

A Machine for Pigs

But we can save them! We can set them free! We can replace a rotten old world, with a clean new one!

Oswald Mandus is the main character of Amnesia: A Machine for Pigs. He is a wealthy industrialist who is seemingly trying to reform child labour or apply it to his industries in some way. Everything mechanical in his estate seems to be of his own design. Mandus is voiced by Toby Longworth.[1]

Oswald Mandus was born into an English family who owned a massive meat processing factory, possibly the largest in London, that was established in 1828. He later became the head of the family and happily married Lillibeth "Lily" Mandus.

Mandus was something of either a hobbyist or a hunter. He had a collection of rifles and a museum of stuffed and fully mounted skins of some large mammals on display, including a hippopotamus, a giant anteater, and a grizzly bear.

Tragedy struck Mandus's family when Lily, his wife, died due to complications from childbirth, and Mandus grieved and mourned her loss ever since.[citation needed] She'd given birth to twin sons, Edwin and Enoch.[citation needed] Mandus promised to her on her deathbed he would take care of them both;[citation needed] she was buried in 1890, and her teeth sold to make dollies for the poor.[citation needed]

In the late 1890s, Mandus intended to expand and update his factories with new machinery to make his product-lines more efficient and safer for his workers, but this decision had dire consequences.[citation needed] He invested too heavily in his machines, with no immediate returns, and the bank refused credit, condemning him for squandering the family fortune.[citation needed] Mandus faced financial ruin and feared it was only a matter of time before the bailiffs would come to repossess his home.[citation needed]

Desperate, he began to look through his great-uncle's paperwork and made startling revelations of Vitae from Brennenburg and the mystical Orbs.[citation needed] Not understanding their function or origin fully, Mandus saw these as business opportunities, miraculous power sources that would quicken development and save him from bankruptcy.[speculation]

He made various expeditions to Mexico to investigate, later taking his children Edwin and Enoch along with him.[citation needed] From his great-uncle's notes, he learned the whereabouts of an Aztec temple that housed an Orb, though the native people he came across were confused and baffled as to how he came upon such knowledge.[citation needed] Mandus finally recovered the Orb from a ruined temple in Mexico.[citation needed]

The twins seemed to have come across the Orb first, calling it a "stone egg."[citation needed] Upon contact with it, the Orb revealed the future to Mandus, beginning with the oncoming World Wars.[citation needed] He saw what doom his beloved children would face and he was powerless to stop it. They would die sixteen years in the future, in agony within mud and shrapnel, at the Battle of the Somme during the First World War.[citation needed] To spare his children this horrendous fate, he sacrificed them on the temple steps.[citation needed] This may have also been done to reawaken the Orb's power.[speculation] Mourning, and cursing the world, he took the boys' skulls back to England.[citation needed]

He employed various malpractices and cruelty in and out of the workplace, including the forced labour of orphaned children, who would work inside the highly-pressurized machinery and often get scalded to death in the process.[citation needed] Mandus began abducting the poor and the criminals of London to further his dark research.[citation needed]

The ministry and those from the rifle club, former friends and associates of Mandus, grew suspicious and concerned by these recent activities and employed Professor A to investigate. Mandus deceived the Professor with an alias, "the Engineer", which is presumably his soul's other half.[citation needed] The Professor regarded Mandus nothing more than a fanatic and wanted to spy on behalf of the government.[citation needed] Mandus obliged, by feeding the man to the Machine.[citation needed]

Eventually, Mandus woke from the hatred that had been festering within him over the past year.[citation needed] He and the Engineer soon split by an unknown cause, sending his other half into the Machine itself and making it sentient.[citation needed] Given Mandus's reflection at this time ("If you are evil, at least yours is an honest evil and that alone makes you Ubermensch"), he realized he was no longer the enlightened conduit he believed himself to be.[citation needed] Seeing himself as a monster that is beyond redemption, Mandus tried to take his own life by grabbing exposed wires.[citation needed] This was ultimately unsuccessful.

In a last-ditch effort to stop what he had begun, Mandus went through the Machine and sabotaged what he could.[citation needed] This included breaking electrical fuses, turning switches off, and removing pieces of machinery. When it was complete he retired to his room, overcome by the fever he contracted in Mexico, and fell asleep.[citation needed]

He woke to the sound of his children calling. This awoke the compassionate side of Mandus, which had "fallen asleep" since Mexico.[speculation] Since Mexico, his heart was filled with hate for the world.[citation needed] Now it was time for the kind half of Mandus to learn what he had done over the past year.[speculation]

Events of A Machine for Pigs[]

Mandus is eventually overcome with fever and haunted by nightmares of a monstrous machine obscured by an Aztec altar.[citation needed] He eventually recovers consciousness in his own bed, with no recollection of how much time has passed since his last memory. All he knows is that his children, Edwin and Enoch, need him. As he rises from bed, somewhere beneath him he hears an engine roar into life.

When Mandus awakened from a nightmare caused by a fever, it had not only left him delirious, but the severe illness has resulted in memory loss. The entrepreneur cannot remember anything more than his name, and that his children need him, which he immediately sets off to search for.

Unlike Daniel, who completely erased his memories in Amnesia: The Dark Descent, Mandus slowly recovered his and writing them down in his Journal as he made progress.

During his search, he received a phone call from a mysterious man telling him that he won't see his children again unless he restarts the Machine. He trusts this voice and confesses it sounds like his long-lost twin, not realizing it's the other half of his very own damaged soul talking to him.

Mandus becomes aware of shambling monsters wandering around the premises and witnesses strange abominations as he ventures through his estate into the depths of the cellars. Undaunted, he makes every effort to find his children before any harm befalls them.

Eventually, following the guidance of the Engineer, he manages to drain the floodwaters and restart the great engines, thus reactivating the Machine. By the time he realizes he has been tricked, it is too late. His dark alter-ego reveals its intentions to destroy civilization and prevent future wars. His other half is now free to resume harvesting and reshaping mankind into monsters and sends its army of Manpigs forth into the streets of London, attacking its inhabitants indiscriminately and without mercy.

Realizing that no outside help can possibly come and that his children are gone, Mandus swears to destroy this machine at all costs. His broken soul tries to convince him otherwise and to give up, but Mandus asserts he will make it up to his children and wash his sins clean. If he is unable to, then he concludes that it's better for one beyond redemption to die with his creations than to continue living as a monster.

He begins to sabotage the Machine once more, evading the Manpigs that give chase and attempt to stop him. In the final hours of the 19th century, Mandus finds the core and shuts down the Machine for good. He then sacrifices himself on a mechanical clockwork chair, which mimics the Aztec ritual of ripping the heart from the still-living victim's chest, and both Mandus and the Machine die together upon midnight as London and the world silently enter the 20th century.

Despite being outwardly belligerent, Mandus was actually a very kind and compassionate man, who cared deeply for the poor. The innovative businessman was already somewhat eccentric, before his marriage, having secret passageways built into his mansion.[citation needed] He was apparently acquainted with Tabitha Stepwood, who ran an orphanage. Ms. Stepwood wrote a letter to Mandus, informing him that she had talked to the Governors about Mandus's attempt to reform children's labor, in which the Governors agreed with. Later, Ms. Stepwood told Mandus that the orphans will make "the most wonderful addition" to his products.

Mandus was a very loving and devoted father. Indeed, he made a self-observation that he loved his children far too much; he'd do anything to protect them, and would lie, cheat, steal and even kill for them.[citation needed]

A close approximation to Mandus's appearance, according to Samuel Justice (the lead audio designer).[2] 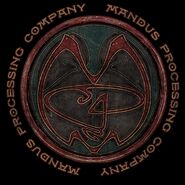