This is a list of the loading screens that appear when exploring the different areas of Manus' manor and factory.

The first loading screen plays into the introduction of the game.

He who makes a beast of himself removes himself from the pain of being human.

Mansion (In Lily's Honour, a Banquet)[] 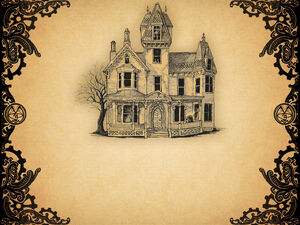 Four glassy orbs fixed upon a point in heaven. Wipe down your trousers, man, there is blood in this sweat and it is most unseemly.

Lillibeth "Lily" Mandus. Interred here on 26 September 1890. The angels weep you to the glory, your teeth sold for the dollies of the poor.

We will fasten that great mouth down over the chimney and inhale the world and suck the fairies and the nonsense from your dirty heart.

Cellar (Against the Rising Waters)[] 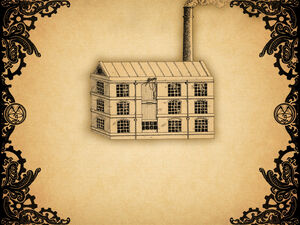 Send the Tramp Catcher, cosh the old man / Sink him in a barrel of gin / When he's all mixed and the bones turned to jam / We'll raise a glass kindly to him.

Planted the fingernails in flowerpots all along the river when it's dark, so the sun could hatch them. All the world is an egg, he reasoned. We will grow hands now.

Curled into his cabin, he barely noticed the passing weeks. The swell nearly sunk her, but his fever kept it afloat. In the dark, his song, glowing.

Alley (The Collar, The Neck, The Noose)[] 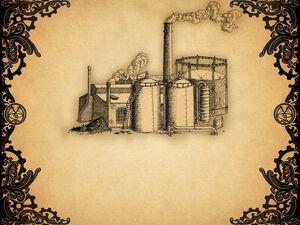 Such a fanfare! The Times wrote it was a splendid occasion! The bunting stretched for streets and the fanfare blew! A proud day for the family.

Two cups of flour, one cup of water, a pinch of salt, a handful of mince, a bay leaf, a herb, a skeleton key for the nursery and a-mixing we´ll go together.

From the window, he could see almost to the docks, where they were still pulling hair out of the gratings. God knows what it's about says the paperboy. The talk is of murder. 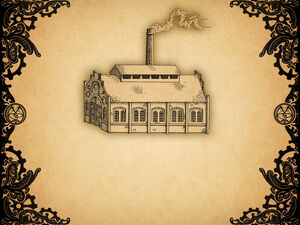 Higgeldy Piggeldy blue china eyes / My love comes to me in the fairest disguise / We skips and we totters / I seize her hind trotters / And enter her porcelain thighs.

The wires came up out of the ground whilst he lay on the grass asleep, like serpents, they were, and they burrowed into his ears and became his listening.

Lily, dancing. Lily dancing on the table, her eyes aflame. This love burnt into his heart. His heart scarred from the heat of this love, of his love dancing.

Factory (And so to The Stoking)[] 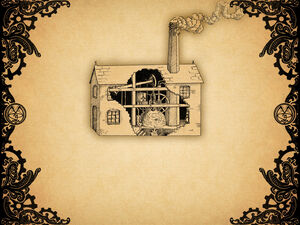 The fog will not lift, the ship is becalmed. Everyone lies in the half-light waiting to drown in the dry air. He is the paperweight that ballasts them.

Pulling cogwheels now, sneezed into his kerchief when the dust got into his eyes. I have begun to change more rapidly now, he surmised.

Tunnels (In the Nest of Eggs)[] 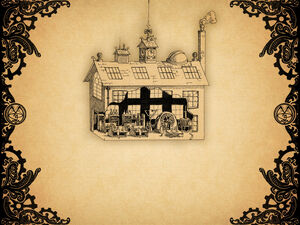 The factory is quiet now. Stumbling the alley, a wrench hung loosely from his hand. Oil and grease dripping off it. Looking like blood in the half light.

It is cradled in his sweating hands, it sucks the fever loose from his body. He dreams of birds far above in the jungle canopy, a jaguar coughing at the dawn.

Thrupenny sixpence sparrows and doves / See all the angels a-weeping above / there's no more forgiving, there's no-one to save / for today darling Lily goes into her grave 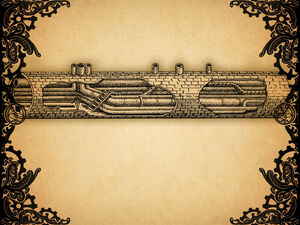 All these nails and no wood. What kind of a carpenter are you? That figure cannot help but opens its arms to you. Where is the strength in that?

And the rhododendrons seem to be taking over the garden by the wall, I could dig them for you? No, no, get out! Get out of this house! You leave them be!

The bottle of gin was empty. Sleep seemed impossible. Above the skyline of London, he could only see the temple rising into the smog.

Bilge (From Tide to Spine)[] 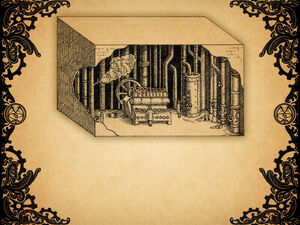 He placed his head in the vice and spun the wheel until the skull cracked and the thoughts leaked onto his shoes. It relieved the pressure for a while, but it soon returned.

And who is that third, that shadow, that spirit child in the background? That barely formed, that changeling. That almost lived, that never missed.

A skin of a shroud / a stump of the bled / old Lily is flyblown / old Lily is dead / and dreams of the jungle / will flood through her head / and light up her head. 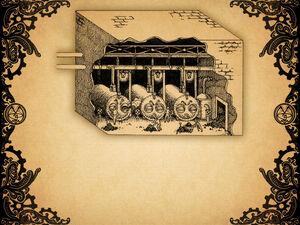 He obsessively scans the newspapers and periodicals for new inventions. They are the architecture to evalate [sic] us all, he proclaims, Edwin and Enoch just play on, unaware.

The stairs are steep, the sun beating on his neck as he pulls them up. Veins pop on his forearms, but he cannot deviate, he is a man driven by love, only love.

They pulled the child loose from the thresher, or at least what was left. More where that came from, said the foreman, apologising for the inconvenience. 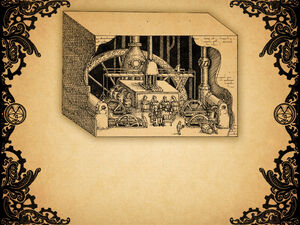 Returning from Mexico, I was struck again by London´s filth. The squalor, the miasma, the rot. We should cut free the dead flesh, allow this wound to heal anew.

There are feats of engineering contained herein that would make even those clever fellows at the institute reel with envy.

Streets (Anything to Save Them)[] 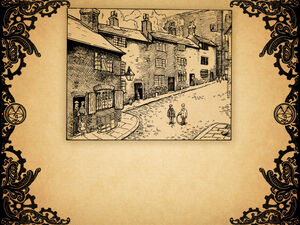 Burn away, burn away the remnants. The parts that will not process. The waste. The offal of your world. They grit the system and stick the wheels to the temple floor.

Of course, all the offal we cannot sell from our system is donated to the workhouse, making them perhaps the best-fattened unfortunates in the whole of London!

You profit my viscera. We make you escape forever, you slit the throat, bleed out the pig and it release into the curdle. That you set your species free.

The Pigline (Farming the World)[] 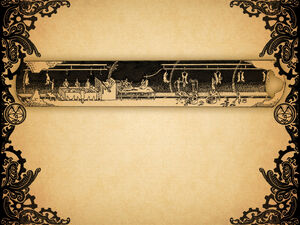 A missing vein, I see this now. We must find them, those scrolls, those old words written upon metal rods that flow in the half-light, the dusk. This gloaming.

Let us not be coy. I will not let us drag this corpse of civilisation into a new century. Come new year´s eve, I will fling the last switches and unshackle the full power of the machine.

I saw the detritus of this so-called progress. I saw starvation and disease, I saw rubbish floating in the harbour. We are ruiners, all of us, and we make the world unclean.

Tesla 1 (The Veil Lifts, the Bride is Waiting)[] 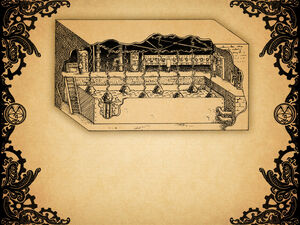 Round up some orphans and the world will thank you for it. Disappear a whore and a gentleman applauds you. Cull a beggar and a lady walks safely again.

And in that instance, cradling my children´s heads in my palms, I knew I had to unbuild what I had constructed. This machine was ever mine, and it fell to me to redeem it, and myself.

Tesla 2 (Mandus Descending amongst The Spirits)[] 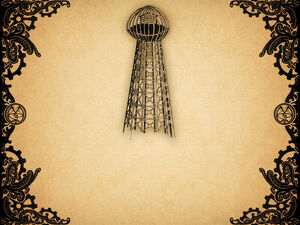 Blood, Mandus. We are steeped in blood, you and I. You wear me like a mask, and we will tear the future loose from the ribcage of the present. We will save them, we will save them all.

The Aztecs believed they could avert the apocalypse through sacrifice. History tells us they failed. Their tragedy was simply that they could not spill enough blood in time.

I deny you! I am not your chattel – I will not be your operator, the monkey to your organ grinder!