What's on your mind?

i replay mfp and i wondered, in tesla room whose heart is? 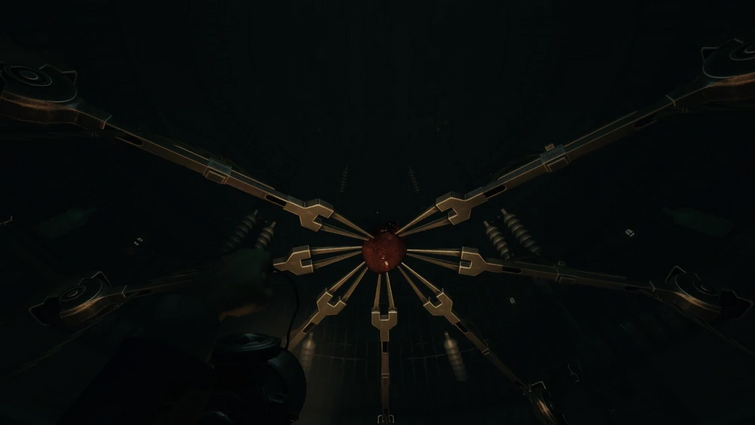 Amnesia: A Machine for PigsTesla (location)

Is the Servant Brute Wilhelm?

I unfortunately lost my external hard drive which contained the "Amesia: The Dark Descent (Complete Score)" with 114 tracks (95 more tracks than the original soundtrack album) and now I'm looking to find it again – and it has been difficult... I found this playlist on YouTube: https://www.youtube.com/watch?v=Le8-lcHibZc&list=PLC7F454E3103B79E9 and it has all the tracks from the "Complete Score" version, but the audio is in YouTube's 128kbps standard bitrate. 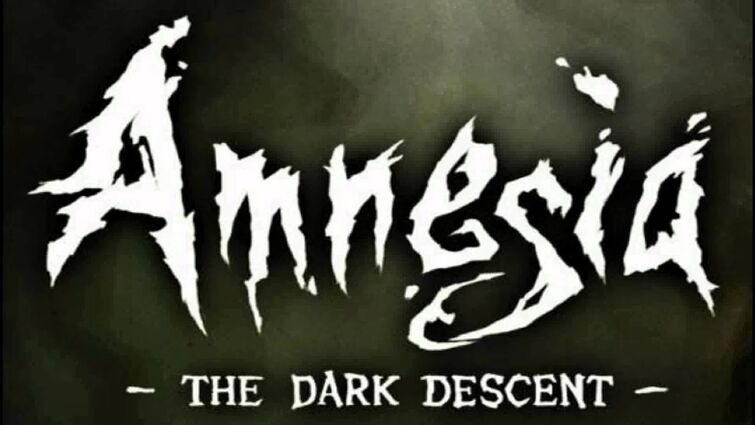 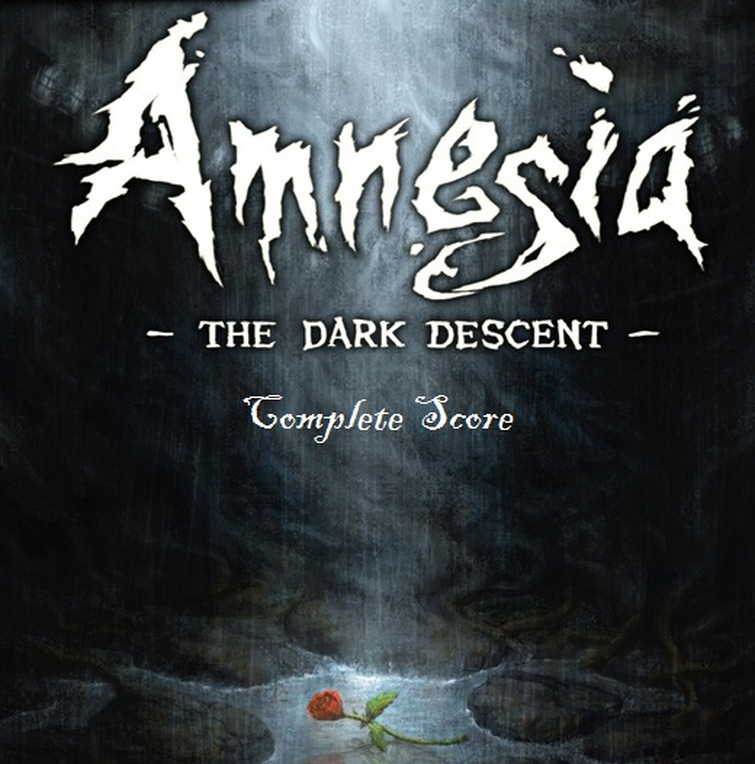 I just found it here:

[Link withheld in accordance with FANDOM Terms of Use]

It took strength but it is there! Probably the only website that still has this version for download. I'm uploading it to mega.nz right now! I'm so glad I could find this beautiful thing =,)

I know that this might not be the place to ask but I might as well because I haven't gotten an answer from steam or reddit about this. What are some good short custom stories that are worth checking out?

Since it looks like Rebirth is sharing the Lantern page with TDD/Jus and AMFP, does that mean it should also end up sharing Oil?

And does the same go for Puzzle Items?

FWIW, the oil in Rb doesn't share the same model/icon as the oil from TDD/Jus. Then again, the lanterns from each game also all look different.

I noticed that we have two infobox templates with slightly different attributes. Any thoughts on consolidation?

(edited by Person1)
Yes! Love it!
Nope.
Maybe?
I haven't played through it yet. Too scary.

I hope I'm putting this in the right place. So my friend downloaded the new game but cant play it. After the cutscene its supposed to fade in, It just doesn't fade in. She is left with just wind noise and a black screen. Any ideas how to fix this? She has tried uninstalling, setting it to run as administrator, among other things. I'm at a loss.

Hey there! My name is Bluerock, and I'm the Wiki Manager for the Amnesia Wiki. This means I'm your first point of contact and liaison for Fandom Staff. If you have any questions about editing on the wiki, feel free to drop me a message!

So, i have seen the concept art for the green house latley and, i have noticed a few things. One of them is the plants in the greenhouse, the plants inside the greenhouse doens't seem like(and obviously doens't look like) earth's plants. Infact, it looks more alien then any other type of plant seen in the game(aside from the poisonous mushrooms). Here, see the image by yourself:

And by that, i also think that this is where the cut plant hybrids enemies came from, there's other things i wanna say too, and yes it is about the plant hybrids.

One of the plant hybrids is the ''Baby Plant'' enemy, by it's name you can already guess that this ''baby plant'' was actually a normal baby. But it was unforgenatly captured by Alexander to be mutated on his experiments.

Other enemy i wanna talk about it's the ''Flower Man'' that in one concept art shows him trying to vomit a giant plant, and by the poses his making in the concept art, it's safe to assume that he's still sentient on what is going on.

So, i have been seeing the release date trailer of the game, i analyzed alot of stuff into it, most of these things i analyzed are shots of scenes, and these scenes shows some interesting things.

1-in one scene we see Tasi looking at her hands, her hands are full of black and purple like veins, seeming that Tasi got some kind of infection during the crash. Also at some part of the trailer, we see Tasi's in contact with the ''shadow'' and her is vision is beeing blocked by the shadow with these black and red tentacles(note that when that happens Tasi looks at her hands, maybe the shadow provokes the infection into our bodies if we look at it? Who knows!)

2-Another shot of the trailer that we see is about Tasi waking up, and drinking some kind of strange liquid(maybe it's an amnesia potion? Who knows). The liquid is stored in a small jar, that looks like that old penicilin jars, and the jar itself already looks like the penicilin icon that was later scrapped in AAMFP.

PS: sorry for english errors, i am not american.

Seeing as there is no concrete evidence for Daniel or Alexander to be Oswalds great grand uncle, should both be listed as potential relatives?

Until then, I will remove the relationship from the inbox to decrease confusion for the time being.

I just started playing Amnesia last month (Am at the Prison now, had to restart twice due to misplacing save files) and have been loving it, from the atmosphere, the lore and thrills. However, it got me thinking, Amnesia would make a great horror film or series if done right.

After some thinking, I went back and read the notes and I got the idea: instead of trying to make a story out of the gameplay (Basically impossible to do for 2-3 hours), the lore would make a great mystery-horror with some drama elements.

The film loosely follows the timeline of Amnesia. Starting with Wilhelm and his men in the wine cellar and ending with Daniel confronting Alexander in the Orb Chamber (Was originally planning on ending with Daniel drinking the potion, but audiances would be confused by this cliffhanger).

I am also including 3 stories from Remember: Old Friends with Herbert and Faraj, House of Gerich with Klaas and The Outrider with Gabriel.

I hope to be finished with the short version of it by the end of August. Now the adaptation would be a 3 hour film or an 5 episode miniseries, but I would prefer a film.

Here's the link so you can read what's written so far:

This is something that has weirded me out... if you hear of anybody's experience with the Orbs in the Amnesia series you hear people end up consistently describe an encounter with a guardian of some description. The only exceptions i can think of being the priests, kings etc. that agrippa mentions using or holding the orbs without any clear punishment for doing so.

What i'm trying to say is... even if the end result wasn't always the death of the thief, how come Mandus seemed to get away scot free? is the Machine a twisted manifestation of the Orb's guardian? did he simply move events along too fast for it to act considering the shadow that guarded daniel's orb was described as being incredibly lethargic with its actions? is Mandus's orb self aware and actively refusing the touch of it's "guardian"? there could be a completely logical explanation i'm missing here... but really it's absence irks me somewhat given every previous theft or removal of an orb was met with an eldritch other-thing hunting down the one who took it.

A new Amnesia game is revealed!

Hi all, just wanted to let you know that my role as WM with Fandom is over 6th March. If there is anything I can do for this community beforehand, please reach out during this time.

Best of luck with the wiki and to its community in the future!

I just ask because from what I can tell it seems odd to think that, Mandus mentions that the gatherers/brute were made by his 'great uncle.' As far as we know Alexander made them, or at the least we can say that Daniel didn't, they existed before he ever got involved. As well Mandus got the info about the Aztec temple from his uncle's writings, Daniel wasn't researching orbs, he found one and unless he left Brennanburg and decided FURTHER researching them (after all the death and trauma) was a good idea, then it's far more likely Alexander would've had that information. He spent centuries trying to get home. Of course it's still wildly confusing because as far as we know he had no siblings, but given the distance maybe 'great uncle' could just be code for relative? I was just wondering because it's listed on Mandus' page as if it's a fact but there's no official confirmation whatsoever as far as I can tell.

Hello all, I'm The Embraced One or TEO, and I'm the Fandom Wiki Manager for this Wiki. I'm here to act as a liaison between you and Fandom Staff and help you and your community. If you ever have any questions or issues related to the Wiki, its features (editing, templates, layouts, etc.), or anything else, feel free to reach out to me on my message wall and I will be happy to help out!

when Daniel uses the elevator on the dark descent, where does he want to go?, considering the elevator led him to the prison accidentally

(edited by A Fandom user)
Guidelines